The New York Film Academy is encouraging international students interested in Film and related Arts to have the required talent and professionalism to stay relevant globally. The Academy’s Director of Performing Arts Admissions, Blake Babbitt, was recently in Lagos, Nigeria to attract young Nigerians to the opportunities in the academy, which was founded by the producer of “The Hunt for the Red October’’, Jerry Sherlock, in 1992 on the principle of learning by doing.

Babbitt said that the academy is ready to train many young international students in different stages of film production. “The New York Film Academy is expanding its curriculum as well as its global presence with five established campuses and many destination programs worldwide. We strongly believe that these young film-makers should be adequately equipped with storytelling, writing, producing, directing and editing skills.’’ 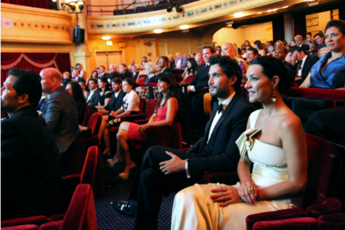 The director said that New York Film Academy was prepared to admit aspiring directors, production crew, and actors into long and short term conservatory programs and workshops that would professionally position them in filmmaking. Students have the opportunity to choose from a wide range of visual and performing arts programs that include filmmaking, acting for film, 3D animation, and visual effects (among others). Students are exposed to broadcast journalism, cinematography, digital editing, documentary filmmaking, game design, graphic design, illustration, musical theater, photography, producing and screenwriting.

Study opportunities at the Australia Future Unlimited in Cebu