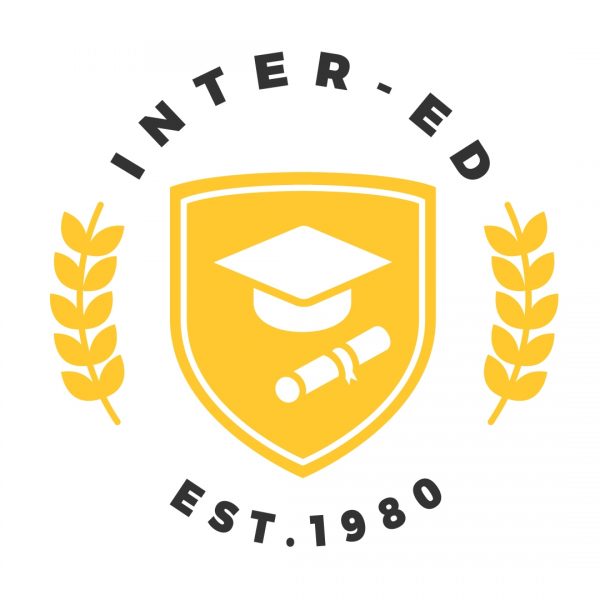 Inter-Ed traces its history back to 1980 when International Education Specialists was founded by Maria Elena Umali (now Maria Elena U. Bartholomew). At a time when studying abroad was an arduous process and a farfetched dream to most, Inter-Ed had a vision of helping students through an efficient and simplified process of admission and student visa application. This vision quickly became a reality starting with the USA and Switzerland. In a span of five years, Inter-Ed became an official distribution center for the Test of English as a Foreign Language (TOEFL) Graduate Management Admissions Test (GMAT) and Graduate Record Exams (GRE) bulletins. Roger Bartholomew became part of Inter-Ed in 1983 and soon became a familiar figure in schools and universities across the Philippines giving talks and lectures on a wide range of topics related to International Education. Within another two years, students from Manila were being admitted into major academic institutions in the United Kingdom and Australia.

In 1988, Inter-Ed hosted the 1st Career Counseling & Guidance Fair in Manila where partner academic institutions from all over the world came to Manila to help students gain more perspective on the various opportunities available for them. This became an annual event and is the largest educational event for high school students looking for guidance on pursuing college studies in the Philippines and overseas. By1991, more than 3,500 students had been successfully placed by Inter-Ed in accredited overseas academic institutions, and the first Philippine student to study medicine in the United Kingdom was accepted at Nottingham University.

With the advent of the Internet, Inter-Ed established a Center for Continuing Education. Inter-Ed was granted accreditation by PRC as CPE Provider. Their first partner was IATA, to train Travel Agencies and their staff to learn airline and hotel reservations systems which were subsequently in fulfillment of IATA’s accreditation requirement. Inter-Ed quickly gained popularity and was noticed by the Philippine Regulation Commission (PRC) who contracted Inter-Ed to train the Officers of the various professional boards in the area of online academic research to assist in the construction of board examinations by ensuring the updated knowledge, relevance, and accuracy of information. Likewise, Inter-Ed was contracted by the Department of Trade and Industry (DTI)to train all of its central and regional offices (46) in the creation of their websites to assist in the marketability of Philippine-made products regionally, nationally, and internationally. Training contracts followed with the Department of Justice, SGS, and the Department of Finance to increase their accessibility and improve the scope of their services.

The vision kept growing and progressed from helping students to educating them.

In 1997, Inter-Ed, together with Dr. Genevieve Ledesma-Tan, co-founded Southville Foreign Colleges — today is known across the Philippines as Southville International School Affiliated with Foreign Universities, the country’s first TNE (transnational education provider). Southville is an international university offering programs from established and ranked universities from the UK and Australia in Business, Computer Science, and Hotel Management/Culinary Arts. Roger Bartholomew also became the President of Southville International School and was responsible for the school’s accreditation by the Western Association of Schools and Colleges, USA (WASC), its Authorization as an IB World School, implementing grades 11 and 12 and organizing the authorship and passage of Republic Act 9493 establishing SISC as a “School of International Character” in the Philippines.

In 2003, Inter-Ed established the world’s iconic Student Travel Agency known as STA Travel and by 2004, Inter-Ed had founded Future Perfect Business English Specialists, the prime English Language training company in the Philippines specializing in research and corporate English workplace training for the Call Center & BPO industry, in partnership with AIG.

The last twenty years have seen Inter-Ed’s growing involvement in international education consultancy through work with international schools, colleges, and universities based in the Philippines. This has been in the area of accreditation, twinning programs, transnational education, assessment, course validation, and instructional delivery.

Today, Inter-Ed remains the leading student placement center in the Philippines with more than 10,000 students placed in partner institutions worldwide, staying faithful to its vision of helping students realize their dream of studying abroad. From 1988, with the exception of a 2-year hiatus/gap as the K-12 transitioned, Inter-Ed still hosts annually the renowned Career Counseling & Guidance Fair that aids high school students and learners alike in making the best, informed choice for their future paths. Amongst these events, it also organized and hosted on May 20-21, 2011 the first of its kind, i.NARS Summit (International Nursing And Registration Summit) was participated by Nursing Deans, instructors, professional organizations, and student nurses to meet with the top officials of the embassies of the world’s most popular destination countries and get the latest and most accurate information on the opportunities open for registered Philippine nurses – and in Feb 2015 Inter-Ed organized and hosted the Edu-Summit 2015 to address the issues and possible solutions for the implementation of RA 10533. Following this Event, were

a series of public hearings to pass the Proposed TETF bill at the Congress and Senate where Spouses Roger and Helen Bartholomew were invited as Resource Talents and experts in K- 12 to share their talents on how CHED may come up with development programs to mitigate the affected teachers and universities as a result of K12.

With this background of long-term capability, and under the leadership of Roger and Helen Bartholomew, Inter-Ed is uniquely positioned to meet the needs of the High schools (both private and government) in its response to the demands of RA 10533 in the area of up-skilling its current teachers to be ready and equipped for the onset of Senior High School in June 2015.

By 2016, the British Council commissioned R. Bartholomew to conduct research on the

Transnational Education Engagement in the Philippines.

In 2017, Inter-Ed received its new accreditation from PRC -Professional Regulatory Commissions as a CPD units provider. (Continuing Professional Development). The programs are approved by PRC and are delivered online by Inter-Ed partners overseas.

The following year, 2018, Inter-Ed recognized the need to be unique and to go against the grain of competition by spearheading innovative ideas in global education. Inter-Ed who sets the standard high is more than an Education Agent. They are on a mission to help licensed teachers and psychologists to be educated and equipped through several learning media as effective Career Advocates as an interim solution to address the shortage of licensed Teachers, School Administrators, and Guidance Counselors in the country. They were also the first to offer local teachers CPD units online in partnership with Macquarie University, NSW, Australia.

At the beginning of the year, Inter-Ed embarked on engaging Australian universities to work with CHED – Commission on Higher Education on a number of full-time scholarship programs.

On the recruitment side, Inter-Ed maintains its 100% worldwide visa success by applying the highest ethical standards in screening before accepting students for placements. And in the UK, Inter-Ed specializes in the preparation of UCAS Forms and assisting students applying for Doctoral and Graduate Research degrees. Inter-Ed observed increased scores in IELTS Writing Component by supplementing students’ review preparation with a 2-4 hour workshop in the area of Writing.

2019 – Inter-Ed partnered with EDUNATION, the leader in opening Finland’s Higher Education doors to international students particularly Asian students. The prime mover and one of EDUNATION’s co-founders to negotiate with the Finnish universities to welcome international students from outside the EU is none other than Peter Vesterbacka, the Author and Developer of ‘’Angry Birds’’, Rovio Gaming. Finland, dubbed as the happiest, cleanest, greenest, best in education, and best value in fees is where students are allowed to work part-time for 25 hours a week. Finland is gaining popularity in the Philippines, especially in the fields of Business, Engineering, ICT, and Nursing. Students are able to travel to the 26 EU member countries on their Finnish student residence permit and they can apply for their green card (PR) after four years of continuous residency in Finland on Permit A; for an additional year of residency, they can apply for citizenship. As EU citizens, they can live and work anywhere in Europe and 98% of the countries around the world do not require a visitor visa to enter their countries. E.g. Asia, Canada, USA, Australia, and New Zealand.

2020 – when the Corona Virus pandemic started to affect the education industry, Inter-Ed was not spared. Yet, despite the disruption as a result of closed borders, they were able to adapt to the new normal and continued to process applications and visas for those bound for the USA, Canada, and Europe. Student enrollment in Southville increased by 28% over this period due to their technology preparedness and readiness.

2022 – Inter-Ed, as the leader in international education, continued to strive to do better, always sensitive to the needs of the students. In 2019, pre-pandemic, they forged an Agreement with AUB – Asia United Bank – to be the first to offer 200 applicants ‘’SIL – Student Internship Loans’’ to recent graduates of Hospitality and Culinary bound for Australia. This agreement has been renewed and updated this year since the borders of Australia opened last 15 December 2021.