If you thought that lowland and coastal flooding was our only concern when it comes to global warming and the melting of our glaciers and polar ice caps, it’s time to think again. What follows reads like a scenario from a science fiction movie, but often the truth is stranger than fiction.

According to BusinessWorld Online, just this month, a recent anthrax outbreak in the far north of Russia left one child dead, 23 people infected, and the government scrambling. “Most likely, the source of the epidemic were the thawing animal burial sites for animals that died of anthrax 70 years ago,” said Boris Kershengoltz, chief of research at the Russian Institute for Biological Problems of Permafrost Zone. Russia is warming about 2.5 times more rapidly than the world’s average, and the Arctic region is warming quicker than the rest of the country. However, the fear now is that this is not a freak incident and that other diseases — some dating back to the Ice Age — could be unleashed as global warming thaws Russia’s icy northern expanses. 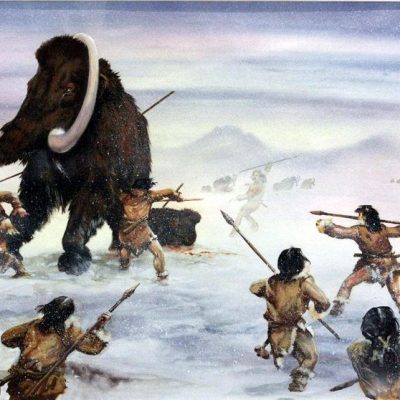 “Besides anthrax, there are plenty of other dangers lurking in shallow Arctic graves which might be unlocked from the ice after centuries,” said Viktor Maleyev, deputy chief of Russia’s Central Research Institute of Epidemiology. “We had smallpox graves in the Far North at the end of the 19th century, and scientists are discovering new ‘giant viruses’ in mammoths. Their pathology has not been proven, and we must continue to study them.”

“Students interested in being part of the solution to this serious global problem should look into Environmental Management courses available at Royal Roads University in Vancouver Island, Canada,” stated Helen Bartholomew, the founder of International Education Specialists (Inter-Ed) a Philippine partner institution of Royal Roads University. “There are many reasons for Filipino international students to study Environment and Sustainability programs at Royal Roads University. After graduation, a work permit under the Canadian Post-Graduation Work Permit Program (PGWPP) may be issued for the length of the study program, up to a maximum of three years.”

Bartholomew also noted that the PGWPP allows students who have graduated from a participating Canadian post-secondary institution to gain valuable Canadian work experience, and that specialized Canadian work experience gained through the PGWPP helps graduates qualify for permanent residence in Canada through Express Entry if they so choose. With course openings in January and August at both undergraduate and graduate level, Royal Roads University welcomes students from the Philippines through Inter-Ed who arrange admission, on-campus accommodation, student visa and travel in just 2 – 3 months.

November 3, 2008
Close Menu
We use cookies to ensure that we give you the best experience on our website. If you continue to use this site we will assume that you are happy with it.Ok