For the second year in a row, Deakin has jumped an entire tier in the Academic Ranking of World Universities (ARWU), placing them among the top 2% of universities worldwide! Deakin’s Strategic Intelligence and Planning Unit calculates that the University is placed at number 214, meaning Deakin has jumped 183 places in one year and is now ranked 11th in Australia.

Deakin’s Vice-Chancellor Professor Jane den Hollander said today that she was delighted to learn of Deakin’s success. “This is a particularly pleasing trajectory, given Deakin moved into the top 500 in the ARWU rankings for the first time only two years ago,” the Vice-Chancellor said. “Deakin is committed to success in teaching and research, and this success shows that if you value staff and build a coherent and comprehensive strategy, the results will follow.” 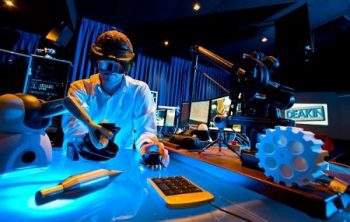 Today’s results in the ARWU continue a string of international rankings successes for Deakin in recent years. The University has rapidly climbed through the QS and Times Higher Education world university rankings, with strong prospects for continuing improvement. Deakin is also now ranked among the top 50 young universities in the world by both QS and Times Higher Education.

Deakin’s success in the ARWU rankings confirms their commitment to cutting-edge research and academic excellence. Their research achievements are equalled by the University’s high level of student satisfaction, with students among the happiest of all Victorian institutions for six consecutive years (Australian Graduate Survey).

Singapore as an Education Destination

August 9, 2019
Close Menu
We use cookies to ensure that we give you the best experience on our website. If you continue to use this site we will assume that you are happy with it.Ok