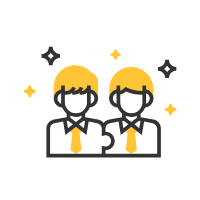 Inter-Ed has been actively involved in Twinning Programs for many years. Today the expression frequently used for Twinning Programs is Transnational Education or TNE. In essence, TNE is “The provision of education for students based in a country other than the one in which the awarding institution is located.

Inter-Ed brought the Swiss Hotel Management School “Les Roches” to the Philippines in 1980, and ten years later, set up twinning programs with St. Scholastica, Holy Spirit and St. Paul’s Colleges, where students spent one year in Switzerland as part of their HRM degree and took advantage of the Swiss training in Kitchen and Food Production, followed by a 6 month paid internship. This was followed by a similar program with LaSalle College in Montreal, Canada for Garment Design and Production with College of the Holy Spirit.

1998 saw the establishment of TNE programs at Southville International School Affiliated With Foreign Universities (SISFU) where UK Certificates, Diplomas, Higher National Diplomas, Bachelor Degrees and Masters Degree were delivered with the awards and qualifications conferred by the UK institutions and universities. This was shortly followed by Australian Advanced Diplomas and Bachelor Degrees.

In the early 2000s Inter-Ed assisted its Les Roches alumni to get together with their alma mater and set up Enderun College with its hotel management programs, and also brought LaSalle College of Montreal to set up their Fashion and Textile Design and Manufacturing courses with St. Scholastica College.

Whether you run an emerging international secondary school, a college/university that wants to offer TNE programs, or gain international accreditation, Inter-Ed can brainstorm, advise and implement TNE or twinning programs with you, saving considerable time, effort and money.

Call us now on 819-1001 and ask to set an appointment with Roger Bartholomew. 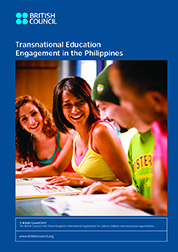